Allen interviews Sarah Drew from Grey’s Anatomy who talks about her career, the definition of success in Hollywood, her roles on Madmen, Everwood, and Glee, the advice Ed Harris gave to her when she was filming her first movie, what grounds her in the ups and downs of Hollywood, and more in this candid and inspiring conversation.

Sarah Drew’s first job was providing the voice role of “Stacy Rowe” on the animated series, Daria, when Drew was still in high school. Beginning in 2004, she was a featured cast member on the western series, Everwood. After having minor roles in the series, Private Practice and as “Kitty Romano” on Mad Men, Drew was cast in a recurring role as “Dr. April Kepner” on the acclaimed medical drama, Grey’s Anatomy. Sarah has also had supporting roles in the films, Radio, and American Pastime, as well as a starring role in the comedy, Moms’ Night Out. A resident of Los Angeles, Sarah has two children and her husband is a professor. 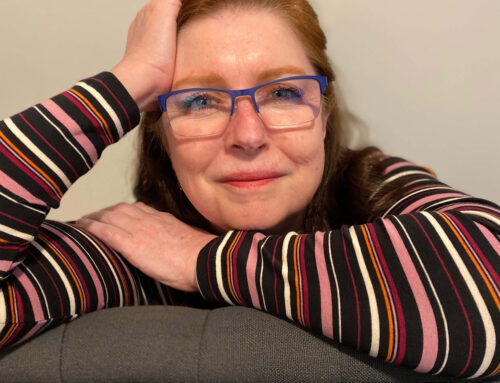